For those of you still attached to this page via RSS the new link is up here: RSS

The link should have been automatically updated, and I'd imagine this page is now dead, but if you still manage to find it by accident, check for me in these places:

Thanks, and hope to see you soon!
Posted by Marc Lebryk at 10:56 AM No comments:

I just wanted to inform everyone via RSS (if it hasn't ported over, or you just periodically check via bookmark), that my blog has moved.

What? ZOMG! What does that mean!?

Simple, you should just simply check my blog on my website from now on.  www.lebryk.com.  Check it out.  Portfolio, BLog, and all sorts of other little stuff available there.

My girlfriend/webGuru Shannon is working on Porting the RSS feeds directly, so that you don't need to do anything, but I don't think she has been successful yet.  Either way, Fair warning that this blogspot page won't be updated much from here on out.  I hope to see you all at the new diggs! 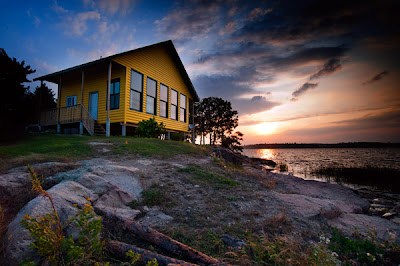 This morning at about 8:30am Eastern time my grandfather took a trip from this world to the great fishing cabin in the sky.  I got the news while in the car on the way to see him, and my sister for her birthday of all things.  It’s a terrible family tragedy, but at the same time he is now no longer in extreme pain from a very aggressive/severe abdominal cancer (his 3rd or 4th run-in with the illness, we kinda lost count). 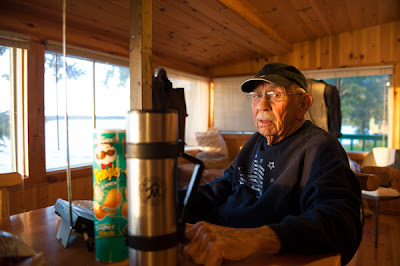 My Uncle and Grandmother were with him when he passed, and that’s all I really know right now.  Other than of course it’s the little things that’ll be missed.  Examples being his methods of teaching my sister and I to share growing up by tearing some denomination of currency in half ($20 or $50 depending on what kind of mood he was in to watch us), and saying figure this out.  More often than not I just gave my half of the bill to my sister because if she was willing to deal with the bank on the ripped up bill, she deserved my half.  Never really knew what he thought of that solution, but it meant I didn't actually have to go to a bank which I was ok with.  (I hope my accountant doesn't read this as he'll probably mention that turning down money is yet another reason for him to call my profession a Hobby.)  Another classic moment of his were his one liner jokes which included things like, “A  bear shits in the woods...” Followed only by laughter. 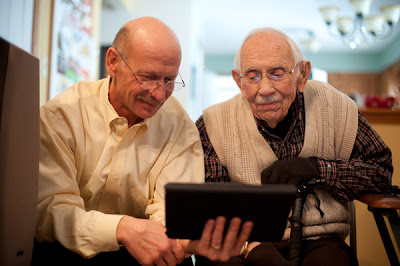 I’d like to say he was a master of technology as I not only have received emails from him, but while I was in college he was on the AOL Instant messenger train and would talk via the computer regularly.  He was a firm believer that time wasn't to waste though and if he messaged me and I didn't respond within approximately 15 seconds he would assume I wasn't there and sign off.  If there was one thing I could say about his computer usage though, it's that he was always Virus free by the method of installing every anti virus software he could find to the point that it took approximately 45 minutes for his Vista Laptop to boot.  Despite that fact, he made sure that it was always off when he was done so that no viruses could get on there while he wasn’t closely watching it’s every move. 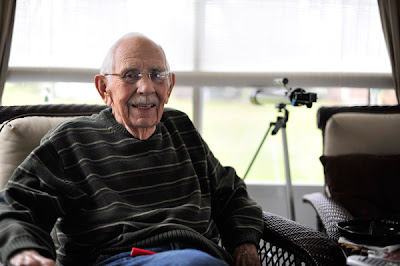 Another thing is that he was a big fan of his Minolta Film SLR that he used to this day.  He however was not my inspiration into photography, my grandpa Ted was.  Gabe however did enjoy the craft, and owned several cameras along the way including dozens $20 OpTikatechpixelmegafawangerawesome brand digital cameras and used them constantly to document life around him.  Above all though he wanted a cat, but my grandmother wouldn’t have it.  Every time he saw me he told me he was jealous that I had one, and it pains me that I was never able to introduce him to Cheeto in any form but via email.

Despite the things that I’ve said here seeming somewhat tongue in cheek, he was smarter than all of us.  His Vista PC cost him $200 and if they had more than one on sale that day he’d have bought two; just in case.  Sure beats the hell out of the Kidney Buttload of cash I paid for my Mac Pro, or Macbook Pro for that matter.  It was all he needed to email and pay his bills.  His $20 cameras couldn’t print anything poster sized, but they could print pictures of his grandkids for the refrigerator just fine.  Unlike 90% of the consumer market he knew what he needed, and wasn’t going to get something he didn’t.  Just like the bear in the woods, he knew that sometimes the little things in life were meant to be laughed at.  Despite how random, or how asinine things may appear it’s funny how it’s all a matter of perspective.  Last weekend I saw him in the hospital and when we walked in my grandmother asked him if he knew who I was to which is response was simply; “What are you, Stupid?  Marc, sit down…”  Feisty until the end.  He will be missed.  More Soon.
Posted by Marc Lebryk at 9:04 PM 4 comments:

A few weeks ago my girlfriend Shannon asked me if I would go with her to Dr. Sketchy's anti-Art School at Birdy's Bar here in Indianapolis. If you aren't familiar with Dr. Sketchy's, it's a Burlesque show where the models take poses and everyone takes a few minutes to try to sketch them out. In my case, and in the case of a select few others they allowed us to photograph the event.

Not to say that I didn't sketch a few things out with Shannon as well as photograph the event, after all we went to spend some time together on top of doing an art related activity; but my sketches were so EPIC that I was asked not to post them here for fear that I would give the troop a bad image devalue the sketches.

There were a few other shooters there, Ryan Baxter whom I met at the Warehouse Photo workshop last year, as well as a guy named Don, whose business card I can't find at the moment but will try to remember to update with a last name later. It was a neat experience as I'd never actually seen a Burlesque show before, but the thing that really excited me was the fact that I was there under no deadlines, instructions, limitations (other than no flash) or any pressure to post the images anywhere. Very un-normal for me.

As it also turns out Shannon and my friend Nikki is joining the troop as well, so it looks like we'll be going back to see her perform. That night she was doing the job known as being the 'Stage Kitten', meaning she got to collect the things that the Burlesque Dancers dropped while they were on stage. Unfortunately due to different distractions, as well as a lack of spotlights while she was doing this I was unable to get a photo of her doing her job. Next time Nikki, Next time.

That's Violet Phoenix from the Bloomington Burlesque Brigade. She was the special guest/model for the evening and she really genuinely seemed to enjoy what she did. Holding poses for anywhere between 1 and 15 minutes at a time is tough! If you don't believe me, you should try it out and see for yourself. I digress, though. It was quite the event, and it definitely helped me out with working on shooting things just for myself as I wanted to do in 2011. It's not something I concepted out, or had any control of; but whether I took the photos or not didn't matter. I was doing it because I wanted to just like this guy here using crayola crayons to sketch miss Violet.

Last night I gave the opening class lecture for the Advanced Portrait class at the Art Institute of Indianapolis. One of the things that I pushed to them was that their personal work would get them more gigs shooting than anything they shoot with a big name attached. I'm not sure that my night shooting at Dr. Sketchy's really qualifies as 'personal' work for me as it was just kind of an event coverage, but the fact that I was there shooting just to shoot under no real pressure from anyone or anything is a good start. I even broke the ISO barrier in as I very rarely take my camera above 800 normally... Welcome to 2011. More Soon.
Posted by Marc Lebryk at 7:59 PM No comments: